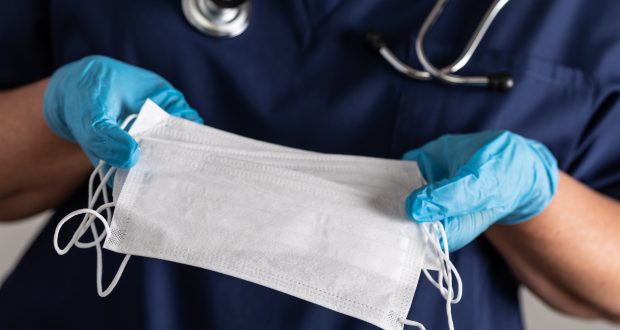 Half of nursing staff have felt pressure to carry out their work without the levels of personal protective equipment set out in official guidance, according to the Royal College of Nursing.

This includes those working in high-risk environments, where patients with or suspected of having Covid-19 are being treated on ventilators, said the college.

The findings are from the RCN survey of close to 14,000 nursing professionals from across the UK provides a snapshot of PPE shortages over the Easter weekend.

Almost a third of nursing staff treating Covid-19 positive patients not on ventilators report an immediate lack of face and eye protection.

Only half of nursing staff believed they had enough alcohol hand rub and one in 10 nurses were relying on face or eye protection they have bought or homemade.

Of the respondents, 88% were registered nurses or midwives and 5% were nursing support workers. The survey will be run again to collect data of PPE issues across the UK and overtime.

In addition, the RCN said the results would be shared directly with associated government agencies and regulators, including the Health and Safety Executive.

The RCN findings (see PDF attached below) were also released the day after controversial new coronavirus guidance recommending the reuse of certain items of PPE in the event of severe supply shortages.

But, of those treating possible or confirmed Covid-19 patients in high-risk areas, 51% of survey respondents said they were already being asked to reuse PPE marked as ‘single use’ by manufacturers.

Of those treating Covid-19 patients elsewhere, 39% of respondents said they were being asked to reuse this equipment. 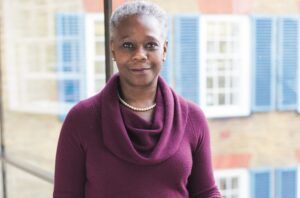 Dame Donna Kinnair, chief executive and general secretary of the RCN, said: “These figures unmask the gut-wrenching shortages nursing staff are dealing with in all health care settings.

“It is little wonder they are in such fear for their own safety and that of their patients,” she said. “This crisis is taking the lives of nursing staff, and their colleagues feel they’ve been left exposed.”

She added: “All decision makers involved here need to get an urgent grip on the situation. Nursing staff just want to do their jobs – they must be given protection in order to do so.”

Helen Whyley, director RCN Wales, added: “The results are clear. Nursing staff in all healthcare settings across Wales are dealing with horrifying shortages of equipment.

“Nurses and health care support workers in care homes, the community and in hospitals are working long hours, under great stress and are risking their own health to protect others.

“The lack of PPE is creating a burden of immense distress and heightened anxiety for our nursing staff members and the patients they care for,” she said.

The RCN said it was planning to repeat this survey on a regular basis to assess how PPE and infection control are changing over time during the Covid-19 pandemic.

The survey findings are the latest evidence to inform the ongoing shortages of sufficient PPE for health and social care staff facing coronavirus.

They build on anecdotal evidence of widespread shortages of PPE that has been an ongoing problem for staff, which the government has been increasingly criticised for over recent weeks.

In addition, a smaller poll of the 220 nurses, revealed at the start of April, found three-quarters of respondents were lacking in three key bits of equipment.

Around 73% of respondents said they had no long-sleeved disposable gown, FFP3 respirator and eye protection – either goggles or a full-face visor. In addition, 63% had no fluid-repellent face mask.

Earlier this month, the government published a plan on PPE in the face of growing criticism and concern over a lack of sufficient gowns, masks and other vital pieces of kit.

Health and social care secretary Matt Hancock said that the UK-wide plan would ensure that “critical” equipment was delivered to those on the front line responding to Covid-19.

However, Mr Hancock was criticised during the announcement for suggesting that the shortage was also being influenced by staff not following guidance on using PPE, and were using too much.

The growing tension between ministers and unions has seen the British Medical Association and the RCN publish guidance, saying doctors and nurses can refuse to treat patients if PPE is inadequate.

The Nursing and Midwifery Council followed suit last week and issued guidance on PPE, recognising that there was a potential regulatory problem brewing with registrants left confused over what they could safely do or not do while complying with their professional codes of conduct.

Responding to the RCN’s survey, the director of policy and strategy at NHS Providers, Miriam Deakin, said: “It’s the absolute priority of trust and national NHS leaders to ensure frontline staff are able to treat and care for patients with confidence in their own safety.

“We know there have been continuing concerns about supplies of PPE equipment, in particular of clinical gowns, and trusts will be following the guidance issued yesterday by Public Health England.

“It’s good to hear that UK manufacture of PPE supplies is increasing, and of course efforts to source further supplies abroad will continue, but we urgently need a sustainable solution,” she said.

“Trusts have been supporting each other and working with partners to help current supplies go further, but are operating within a nationally coordinated supply chain so PPE can be prioritised across the country.”

“They shouldn’t be fearing for their lives on the frontline because they don’t have the right protection. The sector has been raising this critical issue for weeks now and the Government itself has had months to put things in place.

“Ministers need to make good on their promises, sort out the supply issues and work to make sure no staff member feels unsafe because of a lack of PPE,” he said.

“It is no good making grand promises behind a lectern if they later turn out to be undeliverable. We owe NHS staff nothing less than the very best,” he added.