What to collect and why

This reflection occurs regularly when it comes to organizing data collection. It can happen because a new project is starting, because a management system is adopted or revised, but it is also a question that should be asked every time, during the review phase, when one wonders which innovation can be adopted to improve the performance of a management system, even consolidated. In the experience of large infrastructural works, especially abroad, it is normal for the client to analyse some OHS performance indicators at the time of selecting the contractor, and to insert the contractual obligation to produce a report with specific content, and therefore with well-selected indicators. Furthermore, within contractors, it is not uncommon that some indicators can be interesting for different services, each of which collects it, or asks the operators to collect it, according to their specifications, most of the time not coordinated with those of the others. This, of course, generates diseconomies and decreases the authority of the services towards the line, which interprets the lack of coordination as a sign of the neglect of those who request the data, evidently motivated by their lack of importance.

One of the side effects of globalization is that Anglo-Saxon fanaticism has permeated syntheses and acronyms. The term ” KPI” is increasingly heard in business meetings: they are checked and analysed and used as an excuse or witness for corporate decisions. Key Performance Indicators, which is the meaning of this acronym, are defined as indicators used to measure process performance. The two key elements to identify KPIs are:

There is a third requirement, usually implicit, but this is the basis for all the work of defining, collecting, and processing KPIs: the organization must have the ability and the will to intervene. Finally, there is a corollary to these three requirements: the operation of collecting indicators must be perceived as important by the company, and its impromptu organization – the need to qualify with a customer – or disorganized – the same information requested in a repeated and, perhaps, slightly different manner from different departments that do not speak to each other – certainly does not contribute to reinforcing this positive perception.

Yes, but it is said: there are no standards regarding these operations. In Italy we are firm on UNI 7249: 2007 Statistics of accidents at work, which declares to define the accident at work in its various meanings and indicate the significant parameters and indicators, which is not updated to current trends. Going abroad, while almost the whole world calculates the injury frequency index as the number of injuries per million hours worked, North America and other areas that refer to OSHA persist in calculating it as the number of injuries every 200,000 hours, and this is taken as a symbol of total Babel, also because neither the ISO 45001: 2018 standard for occupational health and safety management systems, nor the related standards, concretely address the issue of reporting.

This is not quite the case. There are international references, even very structured ones, which address and regulate this topic in an organic way, which would be good for our organizations to consider.

The Global Reporting Initiative is a non-profit organization born to help organizations, such as companies, governments, and NGOs, to communicate their impact on the economy, the environment, and society. Its goal is to create standards that are useful for reporting the sustainability performance of organizations of any type, size, and country. The GRI was recognized as an independent body in 2002 and the United Nations Environment Program (UNEP) shared its principles.

By now there are no longer a few organizations that, usually once a year, publish their sustainability reports. For some, it is simply a commercial initiative, something that cannot be done without, on pain of being degraded into the limbo of companies that are not trendy. After all, the first sustainability reports were invented to cure the serious image problems in which the chemical industries found themselves in the 1980s. It is good to think that most have developed these documents to demonstrate their commitment to sustainable development, to internal and external stakeholders. Sustainability reports should be the ostensible part of how the organization behaves regarding the concept of sustainability, made public to demonstrate transparency of processes and accountability, to improve its performance, increase its consideration of stakeholders, and attract customers and investors.

The desire to disseminate data relating to its activities, argues GRI, is an indication of a responsible organization, which aims to be honest and transparent with its stakeholders, because through reporting, organizations can better manage their impact on people and the planet, and become a responsible, trustworthy organization in a more sustainable world. The GRI standards are divided into two levels: 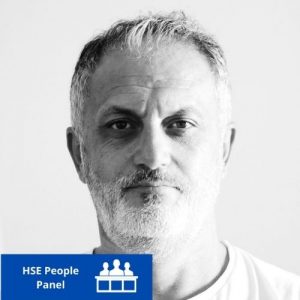