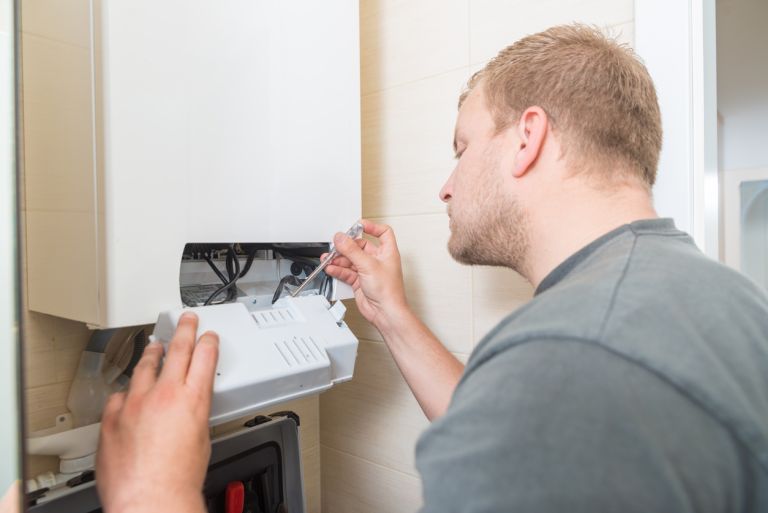 A shocking 26,000 Brits are living in dangerous homes because of unsafe gas and electric appliances, British Gas engineers have discovered.

Hazardous appliances were found in one in 20 homes they visited in the first seven months of the year. Perhaps even more disturbing is that many people admitted they would risk injury – or worse – by carrying on using appliances even if they saw a spark.

The most common faults were found in boilers and old cookers, discovered by the engineers when they carried out safety checks while installing meters.

And in a survey conducted by British Gas to mark Gas Safety Week, one tenth of people asked said they wouldn’t be put off using something even if they saw it spark.

Lauren Vazquez, engineer and safety expert for British Gas, said some of the unsafe appliances engineers had come across in customers’ homes could ‘have had a devastating effect on their health and safety’ had they not been identified.

‘We regularly visit customers who haven’t had their electrical wiring or gas appliances checked in 10 to 20 years, which is a concern.

‘We have so many gadgets in the house nowadays that it can be difficult to stay on top of them all, but it’s important to keep an eye on whether they’re working as they should be.’

While two thirds of UK householders actively worry about the safety of appliances in their home, more than half revealed they don’t test their household gadgets as often as advised by the manufacturer.

Half the people questioned said they had actually got a shock from an electrical appliance, and almost two thirds confessed to using something despite it being faulty.

The average Brit knowingly holds onto three broken electrical gadgets in their house, ranging from toasters and laptops to lighting and boilers.

The new smart meters that are being rolled out to homes could potentially alert people that their appliances are faulty through changes in energy consumption, which could be attributed to different devices being turned on or off.

As part of Gas Safety Week, British Gas is also raising awareness of the importance of carbon monoxide detectors in the home. Lauren Vazquez continues, ‘You can’t hear it, see it, taste it or smell it, and it kills around 30 people a year.

‘Tell-tale signs of a carbon monoxide leak include sooty stains on your cooker, finding your gas fire has become difficult to light, and spotting that the flame on your boiler is burning yellow or orange instead of blue. Faulty central heating systems are one of the most common sources of carbon monoxide in the home.

‘So as well getting your boiler checked once a year, it’s essential to have a carbon monoxide alarm fitted, and to call an expertly-trained engineer if you have any concerns.’