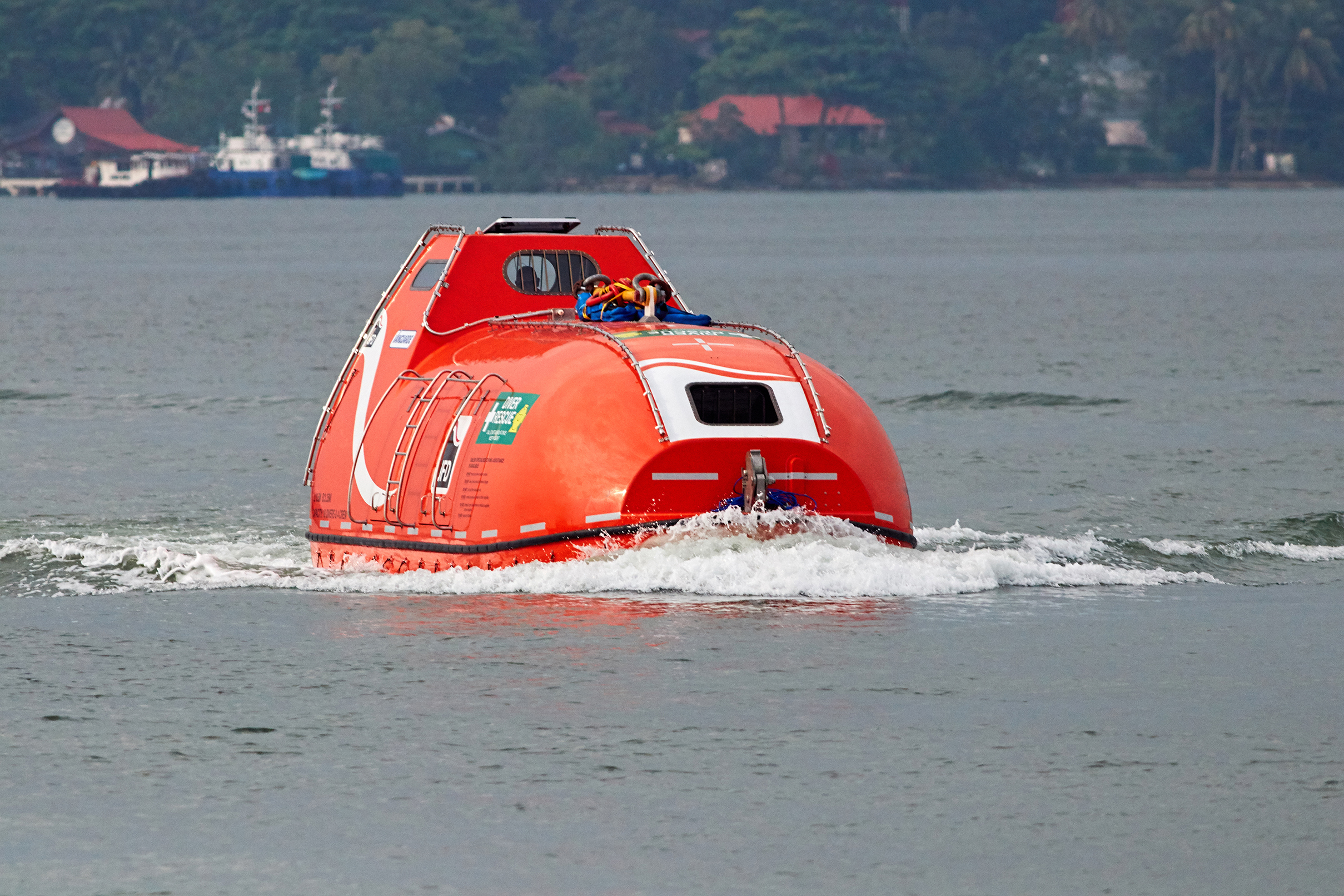 A self-propelled hyperbaric lifeboat in water during trial

The dispute between BP and some other industry stakeholders on policy for lifeboat drills raises a range of issues, some broader than the debate first suggests.

I have little doubt that all parties have the interests of the workforce at heart, but variations on this topic have been debated for decades, with often entrenched and subjective views and a lack in fresh perspectives reflecting an, at times, inflexible industry culture.

Those with a good grasp of the facts know that the offshore and wider marine industries have had a chequered and often tragic history with lifeboats. This applies to drills, maintenance and actual use. However, trade union boss Jake Molloy’s comments do reflect a broad consensus that policy should be based on a balance of risks reflecting the overall interests of workers. No one would therefore unnecessarily advocate exposing crews during drills intended to enhance worker safety.

From a personal perspective, early in my career I stood at a lifeboat station at 3 a.m. during a major fire on an offshore platform. Ironically this occurred just days after I was part of a lunch time conversation with the platform OIM, who expressed serious concerns about loss of life should he ever be compelled to launch lifeboats. Fortunately, due to the bravery and professionalism of our fire crews and a fellow engineer (who isolated the burning crude source) disaster was averted, and our lifeboats were never tested. Since then I have closely followed and tried to contribute to the debate on emergency preparedness.

The current dispute involving BP poses a broader question, which is: Are our emergency plans and strategies really aligned with the interest of offshore workers? I will declare an interest here, as my company, Reflex Marine, provides marine access solutions to the offshore and marine business, that are used for over one million passenger transfers each year. In many areas of the world marine transfers by crane are the main means of worker access but are also considered to be a safe and reliable primary means of evacuation (alongside helicopter). Since it’s a routine method of transfer, it can have huge advantages over lifeboats during evacuation – it’s safer, more controlled, fully reversible and is performed using equipment in regular use and familiar to most offshore workers.

Many lives have been saved using marine transfers, such as the 2001 sinking of the P-36 production vessel in Brazil, which leading to the loss of 11 lives. Less widely known is that of 175 crew onboard, 138 were evacuated by crane (in 2.5 hours) and the remaining by helicopter some two hours later – no use was made of lifeboats. Another marine evacuation took place in 2016 in the Caspian, when all 49 crew were rescued from the burning Guneshli-19 platform using a walk-to-work gangway system.

Over the years I have campaigned for a greater role for marine transfer in emergency response. Many international operators have embraced this approach, for example, Canadians put crane-based evacuation at the top of their response hierarchies. Puzzlingly, and to the detriment of offshore workers, engagement in the North Sea has been limited, with an apparent blind spot seeing helicopters and lifeboats, and nothing
in between. This may be due to outdated legacy views about crane transfer safety, now largely debunked by statistical data.

In anticipation of frequently voiced objections, crane or marine based evacuations will not be the answer in all scenarios, but neither are helicopters, nor lifeboats, but what must be borne in mind is that any routine transfer method would be expected to have a more favourable risk profile than a lifeboat launch.

What OIMs need are options, to respond to each unique emergency as the circumstances demand. Many evacuations have drawn on a range of methods, adapting as the situation develops and changes, and yes, whatever policies or procedures are in place, realistic drills (that don’t unnecessarily put crews at risk) will remain a key strand in any strategy.

Let’s hope that the current dispute will shine a cleansing light on a topic in need of fresh perspectives and new approaches to emergency response will emerge. The good news for offshore workers is robust alternative evacuation methods not only currently exist but have been proven to save lives in a range of circumstances. There is inertia of opinion to overcome, but with the collaboration of operators, unions, safety authorities and other stakeholders we can move forward.

Let’s hope that fresh leadership will emerge, to open a new dialogue for all stakeholders.

This should be supported by industry efforts to collate and analyse data and evaluate new strategies and approaches. Flexible thinking can allow us to escape some of the circular debates of the past and make real progress for worker safety.

Philip Strong, BSc C.Eng. CEO, Reflex Marine Ltd Philip began his career as a well engineer, first in geothermal energy and later for BP and Enterprise Oil. He is accredited as inventor of more than a dozen patented technologies including a winner of the ‘Scottish Offshore Technology Prize’. He is co-founder and CEO of Reflex Marine, which focuses on safe marine access for offshore and marine industry personnel. He has campaigned for 20 years on offshore safety related issues.