The market for the construction of large infrastructures, highways, dams, subways, is now completely globalized. The main contractors are multinationals, present in different geographical areas, and they employ personnel from every nation, at different levels. The same can be said for the service companies that gravitate in this market: designers, consultants and engineers belong to a large transnational community, so much so that it is not difficult, over the years, for these people to meet again for work in different parts of the world, in new projects and roles. Under the name. Working abroad, however, you can still find more different scenarios, situations that require a reasoned approach and quite different solutions, in terms of health and safety in the workplace.

All countries have specific sector regulations, which are more or less taken into consideration, depending on how strong the pressure of public opinion is towards the protection of workers and environment. They are often enforced even with draconian measures. The contractors that intend to approach these countries must have a very well-developed organization and technological skills and, in any case, in practice, they cannot help but adopt local practices, management and even local workers. It is no coincidence that the main players in the sector have acquired companies or established important branches in these areas.

Elsewhere, unfortunately the protection of the human life and the environment is not so strongly felt, both at the government level and in public opinion. In these countries, legislation and local social pressure cease to be of reference: a responsible company must find its guidance in internal practices, having as a deterrent the social pressure of public opinion in its own country. Some nations have developed extremely strict rules on the corporate responsibility, including about offenses committed abroad. As a rule, the following are punished:

However, the situation also changes in these countries when dealing with projects financed by clients based in the most sensitive nations, or by international economic development banks, often identified under the collective name of Lenders. In this case it will be easy to face, often unexpectedly, the request for a remarkably high level of performance. We are living in a historical period in which great infrastructural works are sometimes viewed with suspicion: very frequently new roads, ports, railways, and infrastructures in general, are openly opposed and actively rejected by an often-noisy part of the population. In some countries it may happen that interventions by non-national capital or contractors can be interpreted as neo-colonial meddling by foreign powers, intent on reducing constituted states into economic dependence. Finally, there is always the possibility that the new infrastructure will be built in inhabited areas or characterized by particularly delicate ecosystems, causing opposition from local populations or public opinion, including international ones.

The international development banks, which are instruments of the foreign policy of the governments of the member states, have long since developed very sophisticated operational standards, which are incorporated into contracts and become the new references of construction companies, to avoid even the emergence of these problems as much as possible. These contractual requirements are frequently stricter than local mandatory legislation. Furthermore, owner companies from virtuous nations use to refer to these standards, even working outside their own country.

Basically, the areas of interest are three: environment, health and safety at work and relations with local communities and institutions. It is good to clarify: lenders pursue political objectives of maximizing consensus and minimizing negative effects, and the funded project is not their ultimate goal, but only the tool for these objectives. Thinking that, like an ordinary owner, they are exclusively interested in the realization of the project, and that for this reason they can have a negotiable approach to everything else, can lead to a rude awakening. 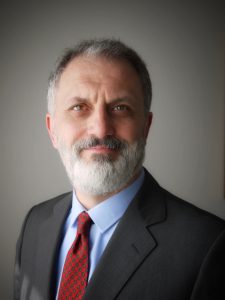