The HSE People Panel is made up of specialists across different areas who have volunteered to share their insight and experience with the HSE People network. 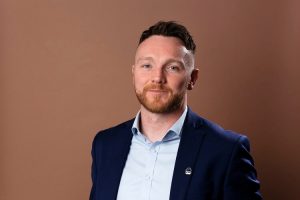 Paul completed his Bachelor of Arts degree at the University of Strathclyde in 2005. He then obtained a graduate placement with Chard Construction as a Trainee Health and Safety Advisor. During that time, Paul was again engaged with the University of Strathclyde, undertaking his NEBOSH General Certificate, Post Graduate Certificate, and Diploma. After leaving Chard, Paul became a Safety Case Engineer for the UK Atomic Energy Authority.

After working at the Dounreay nuclear facility for 1.5 years, he then joined Scottish and Southern Energy (SSE) in 2011 as a Health and Safety Manager. In 2012, Paul completed his Master of Science Degree in Safety and Risk Management.

Paul has also worked for several large construction and utilities companies, fulfilling both client and principal contractor roles. He has experience leading teams of health and safety professionals on mega projects across the globe; including The Museum of the Future, Dubai and The Shieldhall Tunnel Project Glasgow.

As of 2016, Paul set up his own health, safety and environmental consultancy business, proving health and safety services to companies like Vodafone, Costain, BAM International, and J. Murphy & Sons Construction.

Want to ask Paul a question? Get in touch info@hsepeople.comr